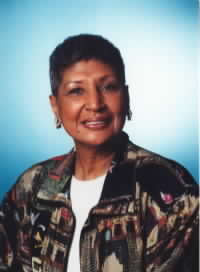 Ms. Andy was an innovative educator, a staunch Temple supporter, and a recognized leader in both local and national service.

“Professor Andy will be eternally remembered for her philanthropic efforts, giving to support scholarships for deserving students,” said Dr. Michael Jackson, a School of Tourism and Hospitality Management (STHM) Professor and a longtime peer of Ms. Andy’s. “She had a love for her students, and her contributions to their academic preparation will long be treasured.”

Born in North Philadelphia, Ms. Andy started a 30-year career at Temple in 1974, as the Director of the Joint Recreation Resources project, a grant funded by the William Penn Foundation to provide coordinated leisure services among the City of Philadelphia and Temple and improve relations within the community surrounding the university.

She earned her Master of Education degree in Urban Education from Temple’s College of Education in 1975 and, in 1977, was appointed an Assistant Professor within the Recreation and Leisure Studies Department of what was then known as the College of Health, Physical Education, Recreation, and Dance. Shortly thereafter, she was promoted to the ranks of Associate Professor and then to Professor based upon excellence in service and teaching.

Ms. Andy was awarded a leave of absence from the university to serve as Commissioner for the Philadelphia Department of Recreation. Upon her return to Temple, she was appointed Professor of Sport and Recreation Management. She served STHM from its 1998 founding until her retirement in 2004.

In 1998, she received the Pennsylvania Recreation and Park Society (PRPS) Fred M. Coombs Honor Award, the highest award presented by PRPS, recognizing professionals whose efforts have had lasting value and impact, and serve to increase awareness of the importance of the parks and recreation profession.

“She was a recreational pioneer and, as one of the first women of color to be a municipal recreational decision-maker, she always sought to conduct herself as a professional,” Jackson said. “Her conduct often had the effect of creating a professional environment. The habit of being a participant made her unique; not only would she talk the game, but would actually set the standards by walking the game. … I will always be grateful for her cooperation, hard work, and willingness to give of herself.”

Upon retiring, Temple University awarded Ms. Andy the title of Professor Emerita, in recognition of her distinguished service to the university.

STHM has since established the Delores M. Andy Endowed Scholarship Award, given annually to graduating seniors who are receiving their degrees in Sport and Recreation Management who best exemplify the spirit and volunteerism of their communities.

Additionally, PRPS offers the Delores M. Andy Scholarship, which is awarded annually to a student from STHM who emphasizes community and urban recreation. This scholarship covers all expenses associated with the recipient’s attendance at the PRPS’ annual conference.