Women’s Leadership in Hospitality: A Call to Action

Join us and an extraordinary panel of female leaders in hospitality for the inaugural Betsy Barber Hospitality Leadership Forum. Engage in a conversation surrounding contemporary and thought-provoking issues that are shaping the hospitality industry while networking with fellow hospitality and tourism leaders. 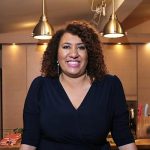 Monique Greenwood is the chief executive officer of Akwaaba Bed and Breakfast and the former magazine editor of Essence.

Launched in 1995, Monique’s company, Akwaaba Bed & Breakfast Inns, is an impressive collection of five historic bed and breakfasts and the Mansion at Noble Lane, a boutique resort on a 22-acre former Woolworth estate in Pennsylvania’s Poconos Mountains. Ranked five-stars on Trip Advisor and selected the winner of The Travel Channel’s Hotel Showdown, Akwaaba’s inns attract guests from all over the world who get spoiled by the company’s old-fashioned graciousness and modern-day amenities.

Beyond Akwaaba Bed & Breakfast Inns, Monique is a community builder and avid advocate for small businesses, serving on several professional and civic boards at her alma mater Howard University where she is also the inaugural John H. Johnson Endowed Chair for Entrepreneurship. Monique is married to Glenn Pogue, and they consider their 26-year-old daughter Glynn Pogue to be their best work. The family and the award-winning Akwaaba hospitality company are the subject of a new reality television series on the Oprah Winfrey Network (OWN), called Checked Inn. 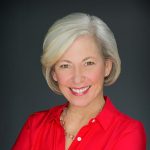 Kate Stockton is the founding partner of Stockton & Partners and has been producing meetings and events for more than 25 years.

Kate Stockton is known for her innovative vision, attention to detail, creative flair, and dedication to the success of every project. She builds strong relationships with clients and partners through an unwavering commitment to superior service and a tireless work ethic. Kate’s diverse experience and vast industry knowledge bring unique depth and perspective to each project, combined with a client-focused, collaborative approach that sets her work and company apart. Kate and her team have produced high profile events such as Tower Health Launch and 150th Anniversary Events, Philadelphia Science Festival Carnival, Mayor Jim Kenney’s Inaugural Block Party, Transcelerate BioPharma Partner Summits and DNC Host Committee Welcome Event. 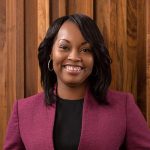 A ten-year veteran of Kimpton Hotels, Carol started her career with the company as the associate director of sales at the Kimpton Hotel Palomar Philadelphia, during its pre-opening period.  Her success in this role led to her being promoted to director of sales for the property, where she oversaw and grew revenue for the sales and catering departments.

In 2015, Carol took the opportunity to become the assistant general manager at Hotel Monaco Philadelphia.  She spent a year strengthening hotel operations and strategies before returning to the Kimpton Hotel Palomar Philadelphia as general manager in 2016.

Carol has demonstrated clear success at Kimpton, earning titles such as “Best in Total Asset Management” for the brand.  She takes pride in mentoring employees and helping them grow their own careers within company, something she notes as one of her favorite parts of her job.

Carol has been involved in many community and civic organizations, including being a member of the Visit Philadelphia Hotel Initiatives Committee and the Broad Street Ministry’s Hospitality Corporate Council Committee.  She is also active with her alma mater, Temple University’s School of Sport, Tourism and Hospitality Management (STHM), which presented her with the Outstanding Alumni Award in 2017. 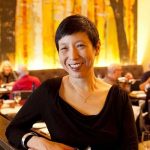 Ellen Yin is the founder and co-owner of High Street Hospitality Group (HSHG), operating five of the country’s most noteworthy restaurants and bars including Fork, High Street on Market, High Street Provisions and a.kitchen+bar in Philadelphia, and High Street on Hudson in Manhattan.

Ellen Yin was nominated “Outstanding Restaurateur” by the James Beard Foundation in 2018, and will be the 2019 Honoree of the Philadelphia Chapter of Les Dames d’Escoffier International. In addition, Yin’s restaurants have drawn accolades from many publications including Travel + Leisure, The New York Times, Conde Nast Traveler, The Inquirer, Bon Appetit , the New York Post and Food & Wine.

Since she debuted Fork in 1997, Yin’s leadership has included overseeing a team of talented professionals in all areas of the restaurant, from the award-winning chefs to the gracious and hospitable managers and front-of-house staff. Yin fosters a creative and welcoming environment in her restaurants, and alums frequently credit her with mentoring them. Yin is also the author of Forklore: Recipes and Tales from an American Bistro, a thoughtful chronicle of her ongoing success at creating and maintaining a definitive American bistro in Philadelphia’s historic Old City and has served as the keynote speaker for graduation ceremonies at the Culinary Institute of America. She is a graduate of the Wharton School of the University of Pennsylvania, and currently serves on the board of the Delaware River Waterfront Corporation, the Arden Theater Company and the Sidney Kimmel Cancer Center at Jefferson Hospital. 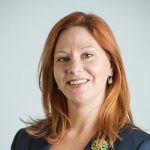 Nicole Benner is a corporate meeting planner and client event manager at Blank Rome with over 15 years of marketing and event management experience for professional services firms and non-profit associations.

In her career, Nicole has planned and executed educational seminars, hybrid meetings, webinars, networking dinners and cocktail parties, golf outings, awards ceremonies, and more. Nicole currently works directly with leadership, partners, associates, and professionals throughout Blank Rome, an Am Law 100 Firm, to plan business development networking functions and educational seminars. Nicole has been a member of Meeting Professionals International since 2010, and has served in numerous leadership roles for the Philadelphia Area Chapter.

She is currently enrolled in the School of Sport, Tourism and Hospitality Management’s Master of Science in Hospitality Management with a concentration in Event Management. She also earned her Event Leadership Executive Certificate from Temple University and is a Certified Meeting Professional (CMP). After accumulating over 15 years of marketing and event management experience with professional services firms and non-profit associations, Nicole decided to pursue graduate education to help her change the way she thinks about events.

After the conversation, you’ll have the opportunity to get your questions answered through the interactive Q&A.

The Betsy Barber Hospitality Leadership Forum offers a great opportunity to network with fellow hospitality and tourism leaders in Philadelphia during the after conversation meetup. In a casual setting, you’ll make connections that will go beyond Temple and last a lifetime.

The Betsy Barber Hospitality Leadership Forum is an annual event that seeks to engage hospitality professionals in a dialogue of contemporary and thought provoking issues that are shaping the industry.  Named in honor of the founder of Temple University’s School of Sport, Tourism and Hospitality Management (STHM), Dr. Betsy Barber, the forum champions the values that guide STHM while celebrating a passionate hospitality educator who has dedicated her career to developing future hospitality leaders.

A fiercely passionate educator, Dr. Betsy Barber has been at the forefront of tourism and hospitality education in the Greater Philadelphia area since 1998. As the founder of the School of Sport, Tourism and Hospitality Management (STHM), Dr. Barber spearheaded the development of the most comprehensive industry-specific education in undergraduate, graduate, and doctoral studies, established significant international exchange programs and study abroad opportunities, and championed considerable investment in STHM students by raising over $6 million in endowments and grants. Her legacy can be seen in every major tourism and hospitality organization throughout the region, and beyond, who proudly employ STHM alumni, while her hospitality leadership is evident in the various tourism and hospitality industry boards she has served on both past and present. 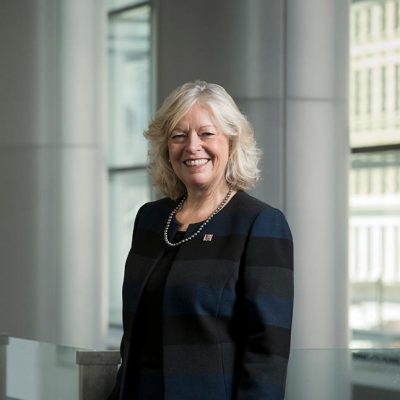