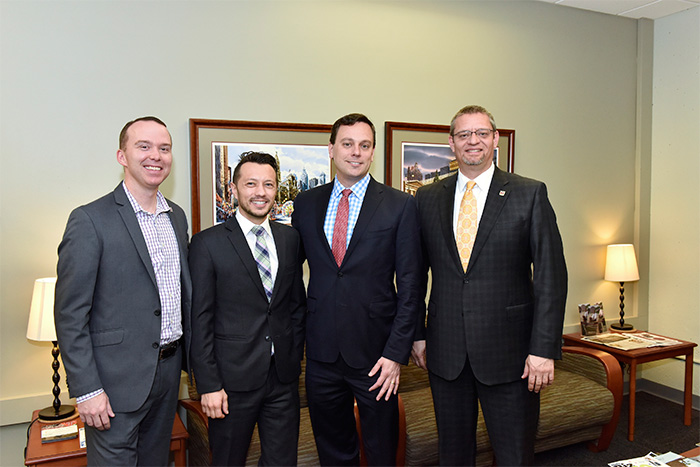 There was a time when sports fans watched professional athletes on television to identify “the coolness factor,” said Brian Selander.

Selander, the executive vice president of the Whistle Sports Network, admitted that he was not immune to this phenomenon in his youth. He grew up in the New York-New Jersey media market, where the NBA’s New York Knicks reigned. Their players determined the coolest crossovers, the jaw-dropping dunks, and the hottest new apparel.

“Now, the game has changed,” Selander said, “and you have to get ahead of it in order to stay relevant.” 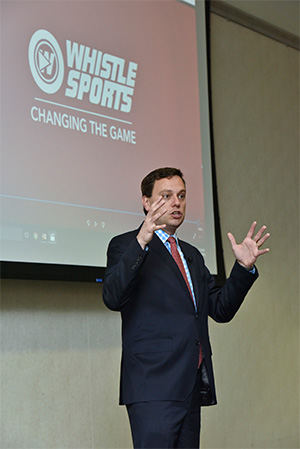 The gap separating fans from the athletes they admire has closed considerably in the last decade. For example, a contingent of participants in last year’s NBA Slam Dunk Contest sought out a Chicago-based dunk team they players had seen on Whistle Sports, to learn how to throw down the best dunks.

Selander engaged with students and faculty from Temple University’s School of Sport, Tourism and Hospitality Management (STHM). As part of the ongoing STHM Executive in Residence series, Selander and other accomplished business executives each year visit to impact their experiences in the tourism, hospitality, sport, and recreation management industries.

Selander’s Whistle Sports Network, the first digital social sports network, is turning traditional sports viewership on its head. Whistle Sports, which launched in 2014, is a network of “creators,” Selander said, who deliver fresh and engaging content for a younger audience of sports fans. Boasting more than 210 million subscribers, fans, and followers across its various avenues of digital and social-media consumption, Whistle Sports was conceived at what Selander called “the intersection of ESPN and Nickelodeon.”

It has evolved far beyond that initial categorization. In less than three years, Whistle Sports reports a growth rate of more than 2 million subscribers per week in order to deliver engaging, fresh content for the coveted demographic of 14- to 30-year-olds. Whistle Sports also has established partnerships with some of the major sports leagues and brands, including MLB, the NFL, and NASCAR.

The native of Piscataway, N.J., who majored in political science at Rutgers University, originally planned for a career in politics. He ran for a school-board position as a 15-year-old, and helped change the district’s affirmative action policies. From there, he worked as the communications director for Delaware State Senator Tom Carper, the press secretary for a New Jersey state legislator, and aided Bradley’s campaign for the U.S. presidency in 2000. Selander held most of those titles before his 30th birthday. He also previously served as managing director of Silver Oak Solutions, a leading provider of spend management solutions. He helped scale the company to more than $20 million in revenue and 120 employees before its successful acquisition by a multibillion-dollar company, at which he served as national practice director. His last role in politics was as chief strategy officer for Delaware Governor Jack Markell.

“I always gravitated to this ability at an early age to make a difference beyond what my age might have dictated,” Selander said. 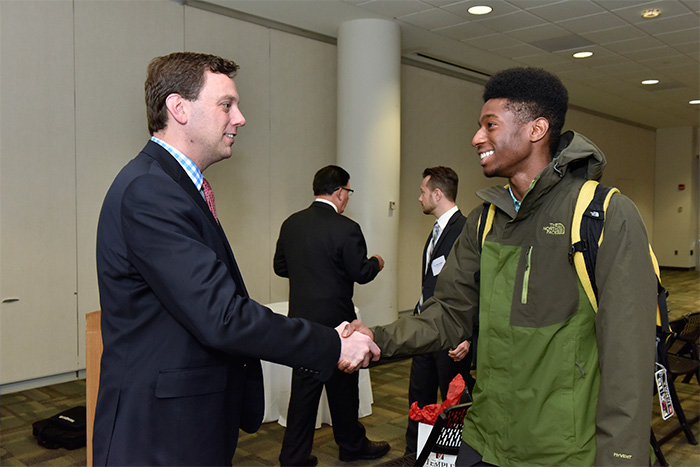 His career made a 180-degree turn when a friend described Selander as “an entrepreneur in disguise.” Recalling that conversation one day, Selander continued, “My friend said, ‘These campaigns you’re running are actually startups that failed.’” That’s when Selander started thinking outside the box, and aligning himself with people who turned Whistle Sports from a concept into a reality.

“The traditional view of sports is people who look like us, sitting in a suit behind a desk and telling us what we just saw,” Selander said. “And yet on a daily basis, there are YouTube creators racking up millions of views with trick shots, behind-the-scenes views, and slam dunks.

“For years, sports was a monologue of analysts and athletes speaking to people sitting on their couches. That’s not sufficient anymore. With Whistle Sports, the dialogue is between the fan and the creator.”