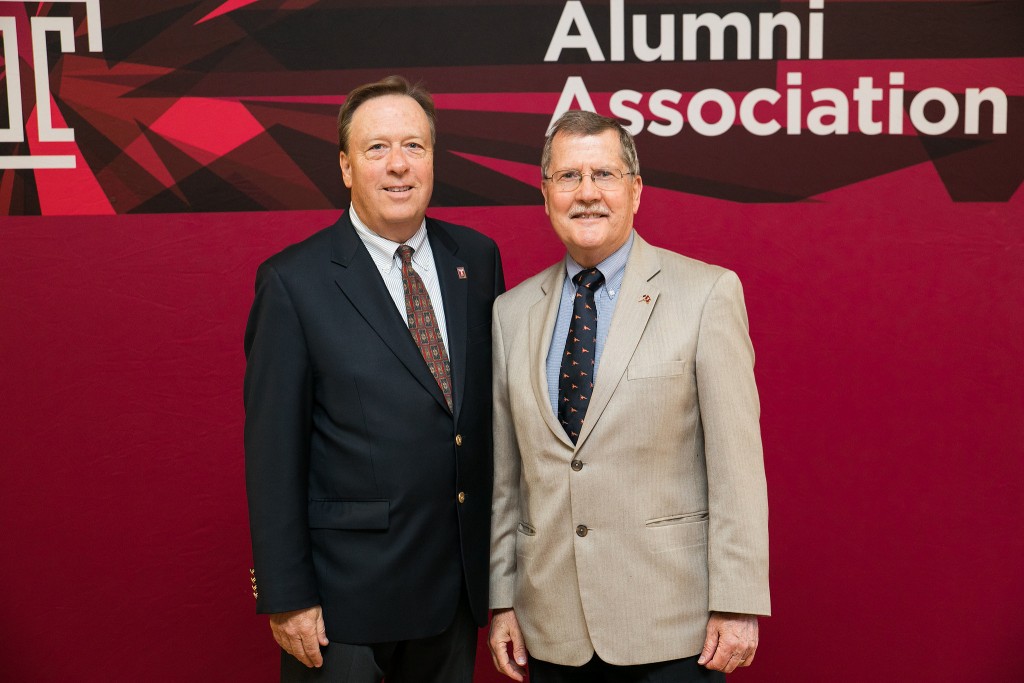 There are no words to describe Tom Shirley’s first days on Temple University’s campus. That’s because very few words were spoken.

The professor of the first course in which Shirley enrolled — “It was called psychoanalytical processes,” he recalled — said nothing to Shirley or his classmates for two consecutive days. On Monday, the instructor sat in silence. On Tuesday, he followed the same script.

“At the time, I think I questioned it, but it ended up being a helpful exercise,” said Shirley. “Our professor wanted to see who in the class would take charge, who would ask questions, or who would say it was time to take a break. We watched leaders separate themselves from the people in the class that I would call ‘the I-don’t-cares.’”

In 1984, Shirley earned a Master of Education in Sport Administration. An equivalent degree program is offered today through Temple University’s School of Sport, Tourism and Hospitality Management (STHM), which recently recognized Shirley as its 2017 Gallery of Success honoree. The university’s Gallery of Success annually showcases banner alumni from each of Temple’s 17 schools and colleges.

Shirley credits his degree from Temple University for helping to establish a few of the processes that have led to his career success. Shirley is entering his 29th year as the head women’s basketball coach at Jefferson University, formerly Philadelphia University. He has earned 722 coaching victories — third-most in NCAA Division II women’s basketball history — and his teams have reached the NCAA tournament seven times.

He began coaching in 1981 at DeSales University, in Allentown, Pa., the same year he took a position as the university’s athletic director and its women’s basketball coach. In the process, he absorbed a significant pay decrease by leaving a position within the Ford Motor Company.

“I knew I wanted a career in sports, and I’ve never left the house in the morning and said, ‘I’m going to work,’” Shirley said. 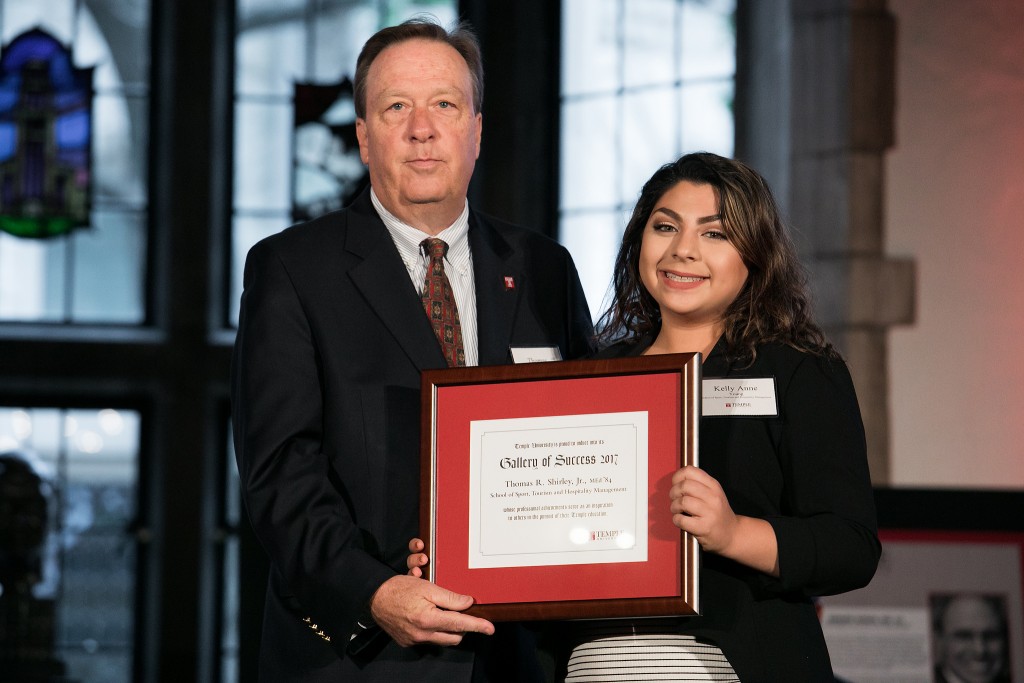 In the early days, Shirley made his dream a reality by working odd jobs to supplement his salary in collegiate sport. He served as a maître d’ and waiter at a country club. He organized and ran youth basketball camps, at which his wife, Monica, would serve sandwiches for the volunteer coaches.

“We only stopped doing that about two years ago,” Shirley said, smiling.

Today, he is one of the most-successful coaches in NCAA’s Division II. His leadership style over the last three decades has evolved considerably — a result, he said, of his graduate degree from Temple. On the bench, Shirley described his early-days demeanor as “a bull in a China shop.” His degree in sport management, he said, helped him “focus, take a step back, take a deep breath, and make logical and analytical decisions.”

Shirley’s support of Temple extends to the classroom, where he annually visits graduate courses led by Dr. Jeremy Jordan, the Associate Dean of STHM. His advice to students closely resembles that which he offers his student-athletes at Jefferson.

“Take unpaid or volunteer positions that will help you build your connections and network,” he said. “It’s like a professional is taking you for a test drive. Think like the person hiring you, and send a hand-written note instead of an email.

“You want to separate yourself from the competition and not end up like this.”

Shirley crumpled up a piece of paper, and tossed it to the floor.

“That’s why I’m proud to be a graduate of Temple University,” he added. “It helped make me who I am today.”