Home > News & Stories > In the News > Temple student, alum aiming to feed the homeless while breaking a world record

Temple student, alum aiming to feed the homeless while breaking a world record 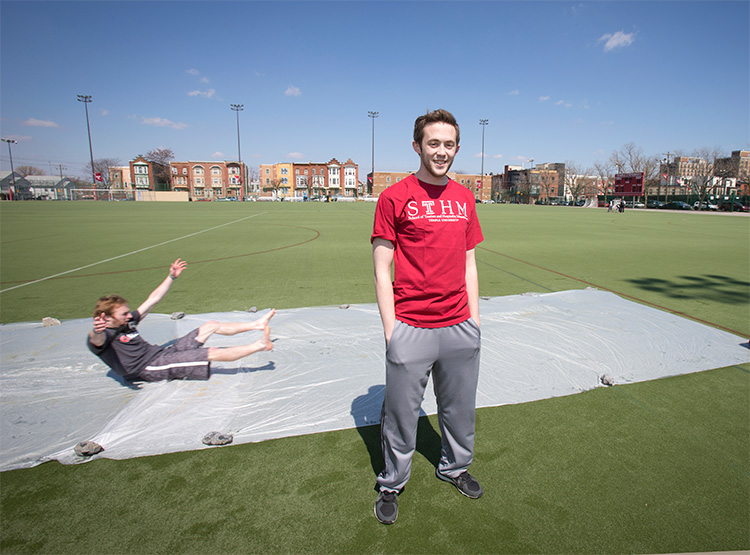 STHM undergraduate Ben Baker, who incorporated a Slip ’n Slide into a previous world-record attempt, will launch another one this summer.

The idea came to Benjamin Baker at a Wendy’s restaurant on North Broad Street in Philadelphia, after he had purchased dinner for a homeless man.

“Seeing the hunger he endured, my mind immediately went to charity and how I could help,” said Baker, a sophomore at Temple University’s School of Tourism and Hospitality Management (STHM).

Baker, 21, met with the homeless man for dinner several times more, before he developed an idea: Feed the homeless and, in the process, attempt a world record.

To host Grill to Give – an attempt at the Guinness World Record for the longest-running barbeque marathon – Baker is partnering with friend and Temple University alumnus Danny Alotta (STHM ’98, FOX ’01, ‘03).

Alotta’s soon-to-launch restaurant, Burgers and Bourbon, located in the SoHo section of New York City, will serve as the staging area for the record-breaking attempt. The duo has arranged collaborations with homeless advocacy programs Project Shine and #HashtagLunchbag to assist in the generation of at least 200 volunteers to operate the stoves, package and deliver the prepared food, and staff outposts around Manhattan. 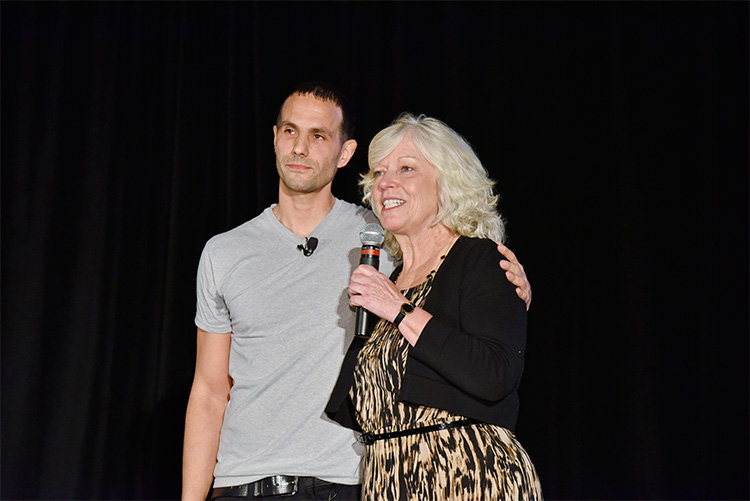 “The beauty of the idea is the simplicity of it,” Baker said. “We’re taking a grill, putting food on it, and giving that food to those in need. That’s our mission.”

Using food and funds donated from various sponsors, Baker and Alotta aim to feed at least 500 members of the homeless community. In preparing warm meals that will include hamburgers and chicken dishes, and a vegetarian option, Baker said he anticipates the grills will run for at least 36 hours – cracking the current Guinness World Record of slightly more than 34 hours for the longest-running barbeque marathon.

“We are worried people will get the impression that we’re using the homeless to break a record,” Baker said. “On the contrary, the world record is the surface-level goal. The main objective is to lend help to those in need and raise awareness to a social issue that affects everyone.”

The Living Legacy Foundation of Maryland, a non-profit dedicated to saving lives through organ and tissue donation, has received all of the proceeds from each of the previous records attempts by Baker, a liver transplant recipient and cancer survivor. In all, Baker and the Night Razors have raised more than $10,000 for the foundation.

To donate food, or register as a volunteer for the event, contact Baker at benjamin.baker@temple.edu.

“Every bit helps,” Baker said, “just like those meals at Wendy’s.”