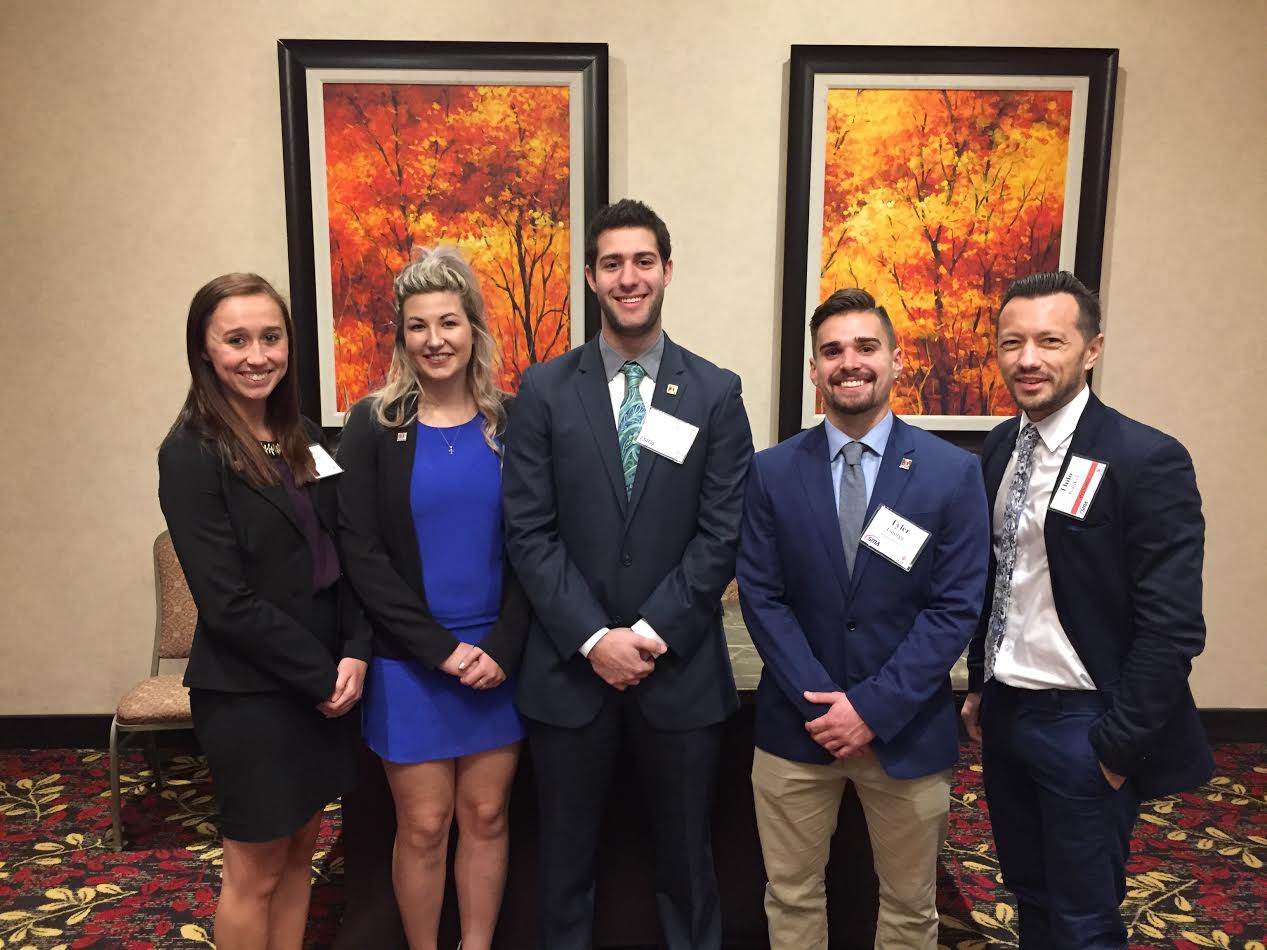 For four students from the School of Sport, Tourism and Hospitality Management (STHM), it came down to the final buzzer.

Temple’s team finished runners-up by two-thirds of a point in the 14th Annual Sports Marketing Association (SMA) Case Study Bowl. A team from Loras College, a private school in Iowa, won the competition, which was held Nov. 2-4 in Indianapolis during SMA’s annual conference.

“We were disappointed, but ultimately we were happy to make it to the final round and represent STHM,” said Tyler George, one of four senior Sport and Recreation Management students on the team. Katie Rose Augustine, Matt Swiren, and Sash Schaeffer comprised the rest of the team.

STHM’s team was one of three that advanced to the final round. The case to which all teams in the competition had been assigned focused on the improvement of attendance at the NCAA women’s basketball Final Four. Teams had 24 hours to dissect research and statistics, and present their findings to a panel of judges.

The competition offered students an opportunity to apply to a real-life scenario the skills they have honed in their curriculum at STHM.

“During the case, I realized how much I was incorporating from what I’ve learned from my professors in class,” George said. “There were strategies we included about customer relationship management that our professor just taught us a week prior.”

Over three days, the students participated in the competition and networked with professionals from a variety of sport marketing and business industry professionals, as well as their peers from other universities.

Despite their narrow defeat in the SMA Case Study Bowl, STHM’s students said they viewed the experience as an exceptional learning opportunity.

“This is a great talking point with future employers,” Augustine said. “Each of us can show the work that we produced, talk about the challenges we faced, and explain how we overcame them.”

Added Schaeffer: “We’re immersed in it everyday, so I don’t think we stop and appreciate the caliber of education we’re receiving at Temple and STHM. Professors from other universities shared how impressed they were by our work, and said our undergraduate program was at the same level as their graduate programs.”