Dr. Joris Drayer, far left, has won the Best Paper Award at the Sport Marketing Association’s annual conference four times since 2010. Here, he accepts the award at the 2013 conference.

Daily fantasy sports are far from a get-rich-quick strategy. In 2015, 1.3 percent of daily fantasy baseball participants claimed more than 90 percent of the winnings, according to a study by management consulting firm McKinsey & Company.

So in the absence of competitive balance, why do 60 million Americans engage in daily fantasy sports?

A researcher from Temple University’s School of Sport, Tourism and Hospitality Management (STHM) sought the answer. Dr. Joris Drayer and two co-authors surveyed daily fantasy football players following the 2015-16 National Football League (NFL) season. Their paper, “An analysis of dispositions, gambling, and daily fantasy sport participation,” won the Best Paper Award at the 2016 Sport Marketing Association annual conference. The paper was selected among 148 total submissions and represents Drayer’s fourth such award since joining Temple’s faculty in 2010. The team of researchers plans to submit the paper for publication in the near future, though a sample of results has already been published in an editorial piece for SportsBusiness Journal.

In exploring the behavior traits of daily fantasy sports players, Drayer and his co-authors found that more than two-thirds of their survey respondents said they reported winnings. This comes in stark contrast to the numbers published by McKinsey & Company, Drayer said. 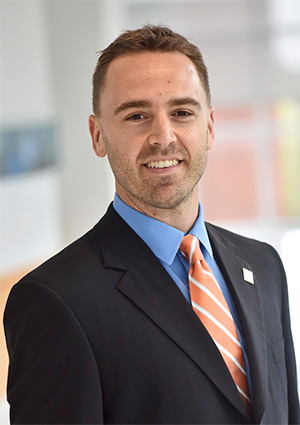 According to Drayer, participants used daily fantasy football as another form of engagement with the NFL, the league with which they felt most-closely connected. Most players, he said, did not report potential winnings as their primary motivation for playing.

“We didn’t see much evidence of that,” said Drayer. “We saw evidence of people who really like sports, and are highly attached to the activity and the sport. It’s a pro-social activity. This is an extension of that. It’s gambling in a sense that they are willing to put money on it, but it’s an emotional investment. We found evidence to suggest that a majority of players say, ‘I’m smart. I like professional football so much that I need to identify another way to engage with it. And I think I’ve learned enough about it to win money off of it.’”

Even if research suggests that they will likely lose, Drayer said. The social component is what most fascinated Drayer and co-authors Dr. Brendan Dwyer, of Virginia Commonwealth University, and Dr. Stephen Shapiro, of Old Dominion University. Access to information has never been greater, with players utilizing social media to share tips on players for particular matchups.

While the social components of the game loom large for many participants, there still remains a smaller segment that is heavily invested in both time and money. This group is focused on the financial outcomes, though they also maintain a strong connection to the sport, in general, Drayer said. There is evidence that this group may also exhibit some signs of problem gambling, a critical finding in need of future research, he added.

Drayer said he hopes his research helps “inform the legal debate on this topic.” Currently, only seven states regulate daily fantasy sports participation, with others moving toward enacting similar pieces of legislation.

“Daily fantasy sports is a multi-billion-dollar-per-year enterprise,” Drayer said. “Legislation is key for keeping it legal or regulated. We believe our research can help legislators understand the risks of participation, and help create a more-informed decision about the laws or legislation moving forward.”