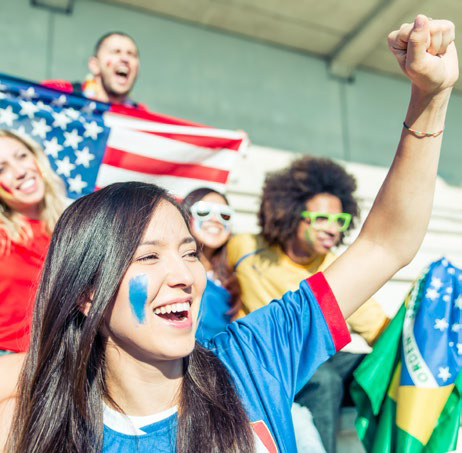 Few entities worldwide conjure emotions quite like sports teams. Fans stand by their teams through every sweet victory and every crushing defeat. But how is it that expansion sports franchises successfully build such loyal fanbases before even playing a game?

That question sparked the research of Dr. Thilo Kunkel. The German-born, Australian-educated professor at Temple University’s School of Sport, Tourism and Hospitality Management (STHM) has explored the development and change of brand associations and their influence on teams, specifically those in the Australian Football League.

“We knew that team attributes, like star players, and the benefits fans receive, such as the social aspect that comes with following the team, were factors that influence loyalty,” said Kunkel, an Assistant Professor of Sport and Recreation Management. “But we wanted to see which aspects were important before the team played its first game, and how these aspects mattered over time.”

Kunkel’s research uncovered that first impressions mattered most, he said. A fan’s initial perception of a new franchise often is influenced by the club’s ability to market and brand itself. These findings, he said, are generalizable and applicable to teams in the United States.

“I think that’s the case even in Philadelphia with its passionate fanbase reputation,” he said.

Kunkel and his fellow researchers, through the support of a research grant, set out to examine how new team branding influenced fans
over lengthy periods of time. The researchers focused on the Gold Coast Suns, a new team in the Australian Football League.

Over the course of 18 months, Kunkel surveyed individuals and collected data from three different time periods from 2010-2012. On a 1-to-7 scale of rising disagreement, he asked survey respondents to share their perceptions of the head coach, the team logo, management, pride, product delivery, stadium, star player, and team success, among other items.

Kunkel found that context and team performance influenced the results.
“The (team) had the worst record in the league. It had three wins and 19 losses,” Kunkel explained. “We knew that their performance on the field would have an influence on our findings, but it was not an outlier, which was only more interesting.”

From their extensive research, the researchers ultimately concluded that change happens, even after the team has been playing for over a year. Although that loyalty can shift, the initial perceptions still mattered 18 months later.

Kunkel’s research recently has been published in the Journal of Sport Management. Kunkel said he will continue to track teams, specifically expansion teams in the United States. He said the longer the time period during which to research these teams, the better the results.

“Ideally,” he said, “we will be tracking a fanbase for several years to be able to understand when perception change begins to level off.”