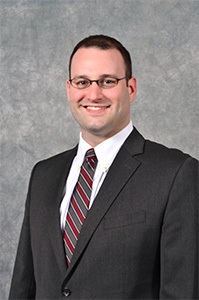 Sometimes, a student’s work is so impactful that it’s worth saving for more than a decade.

That’s why Jeffrey Montague, Associate Vice Dean of Temple University’s School of Tourism and Hospitality Management, has never parted with Jeff Wilson’s senior research project, in which Wilson analyzed statistical trends between college and NBA success to examine any correlations.

“I have kept it and shown it to students,” Montague said with a laugh. “Even though it is old, it shows what a research paper really should look like.”

Montague said he knew Wilson was poised for greatness. Since his research paper-writing days, Wilson has established a remarkable career. Last June, the 2004 STHM alumnus accepted a position as ESPN’s Manager of Events, working for the Worldwide Leader of Sports out of its offices in Charlotte, N.C., following nearly a decade of service with the Temple men’s basketball team.

As ESPN’s Manager of Events, Wilson oversees team scheduling and operations for nine of the network’s men’s college basketball events. It’s been a perfect fit for Wilson, who has always considered himself a college basketball fan.

“Growing up, I played different sports and always watched games on TV,” said Wilson, a native of Oneida, N.Y. “The NCAA Tournament was my favorite time of year.”

During his undergraduate career, Wilson worked in the Sports Media Relations Office for Temple Athletics, assisting during football and basketball games. Wilson said most assume that his tenure with Temple Athletics led to his role as Director of Basketball Operations with the Owls’ men’s basketball team.

“But actually, I returned to my alma mater in a more roundabout way,” Wilson said.

Wilson interned with the NBA’s Philadelphia 76ers during his junior and senior years. After graduating with a Bachelor of Science degree in Sport and Recreation Management, he worked for the American Basketball Association, a semi-professional men’s league. Wilson served as the general manager of the ABA’s Philadelphia Fusion, before the team folded in February 2005. Then, he took a position as the Coordinator of Basketball Operations with the men’s basketball team at the University of Pennsylvania. A year later, he accepted a position as the Director of Basketball Operations at Temple.

“My job was a little bit of everything during my time at Temple,” Wilson said. “Basically, it was doing all of the non-coaching work to allow Coach (Fran) Dunphy and his coaching staff to focus on the on-court aspects of the program and the recruitment process.” 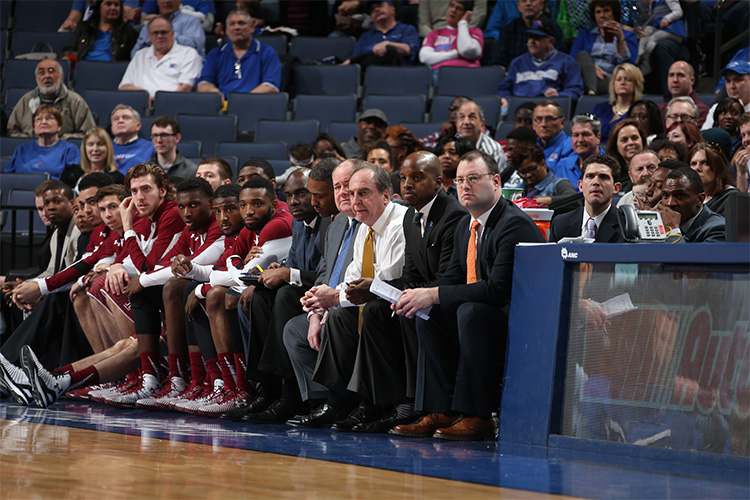 STHM alumnus Jeff Wilson, then the Director of Basketball Operations with Temple men’s basketball, sits beside coach Fran Dunphy on the bench during a game in the 2014-15 season. (Photo courtesy Temple Athletics)

Wilson secured travel arrangements, balanced the student-athletes’ athletic and academic schedules, managed the program’s annual budget, and served as the basketball liaison to many different departments across campus. He also worked with the marketing and media relations teams for public appearances. In 2011, Wilson was promoted to Assistant Athletic Director of Men’s Basketball for Temple, a position in which he played an integral role in the development of the team’s practice facility at Pearson and McGonigle Halls.

“I went on several site visits to other universities early on in the planning process to see what our competitors’ facilities were like and that was a big help as we developed plans for the design of the practice facility,” Wilson said.

After a long career at Temple, Wilson decided to take his career to the next step by joining ESPN.

“Coming from the perspective of a participant on the team side of these events has really helped me jump in here and know what teams are looking for,” Wilson said.

“The internship experience with Temple Athletics and, eventually, the 76ers put me in a position to pursue my current career,” he added. “I began to build relationships at a young age in college, which helped me eventually work my way to this position.”