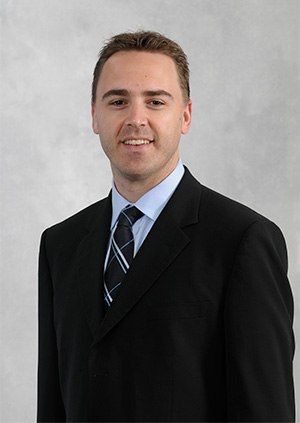 Dr. Joris Drayer, from Temple University’s School of Sport, Tourism and Hospitality Management (STHM) has been elected to a prominent three-year leadership term with the Sport Marketing Association (SMA).

Drayer serves as President of the professional sport marketing association. He had previously served as SMA’s President-Elect until Nov. 4, the final day of SMA’s annual conference. In November 2017, he will begin a yearlong term as the organization’s Past-President.

“It’s an incredible honor and a point of pride to serve SMA in this capacity,” said Drayer, an Associate Professor of Sport and Recreation Management.

Drayer and fellow STHM Associate Professor Dr. Joseph Mahan hold positions on SMA’s 10-person Executive Board. Mahan is in the first year of his two-year elected term as Vice President of Student Affairs.

Additionally, Drayer and Dr. Daniel Funk are two of SMA’s 11 nationwide research fellows. And Funk, STHM’s Director of Research and PhD Programs, is a former editor of Sport Marketing Quarterly.

“Temple has had a large footprint on the organization for a number of years,” Drayer said, “and I think that speaks to the reputation of our university, our school, our Sport and Recreation Management program, and the faculty who remain engaged.”

During his three-year presidency term, Drayer said he would like to promote the SMA Research Grant program to foster stronger research studies in the sport marketing field. Founded in 2013, the program encourages contributions and promotes collaboration between researchers and industry practitioners.

“Given the organization’s emphasis on bridging that gap, the grant program was created to reward those researchers who were engaging in those types of collaborations,” Drayer said. “I’d like to continue growing that initiative, to provide better connections between qualified research faculty and sport managers who need help testing their marketing initiatives.”

Drayer said he also hopes to extend the communication reach between SMA’s Executive Board and its members throughout the calendar year, and would like to work on bringing the organization’s annual conference to more-prominent sports cities “to make the relationship between industry and academia easier to foster.”