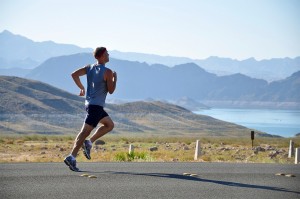 Dr. Daniel Funk has made a significant mark on the field of sports management.

Funk, the Washburn Senior Research Fellow in the School of Sport, Tourism, and Hospitality Management (STHM) and the director of the Sport Industry Research Center at Temple University, recently received the Earle F. Zeigler Award from the North American Society for Sport Management (NASSM), one of the highest honors given to individuals in the field of sports research.

The award celebrates Dr. Funk as a key contributor to NASSM’s premier Journal of Sport Management and one of the most often-cited authors in the history of the sport management discipline.

Throughout his career, Funk has studied sport and recreation consumer experiences in order to help organizations understand customer acquisition, retention and expenditure. He investigates the cognitive, physical, and organizational factors that shape our preferences and behavior to develop an effective mixture of marketing and management strategies that have become renown in the world of sport research.

Funk’s contributions have ranged from studies of an individual’s psychological connection to sports, to the relationship between sports team allegiance and customer loyalty. For example, Funk, along with Dr. Jeremy Jordan, associate dean at STHM, contributed to a paper by PhD student Bradley Baker about why runners keep running marathons. 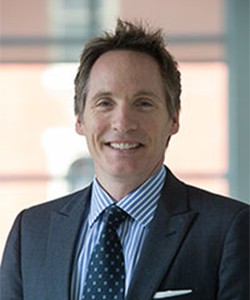 The study investigated the relationship between runners’ satisfaction with and repeat participation in long-distance running events. Many studies have reviewed consumer satisfaction, but not much research has been conducted on experiential products, such as marathons.

After growing dramatically since 1960, road running peaked in 2013 and has been slowly declining each year. Between 2014 and 2016, two million less people crossed a finish line, but there were 2,000 more races from which to choose.

“Like any other business, running has a finite amount of customers,” Funk said. “If there is a decline in the demand for races and an oversupply in the amount of races offered, then there is an issue.”

While the researchers found a linear correlation between satisfaction and repeated participation in marathons—the more satisfied a customer is, the more likely they are to run the race again—satisfaction from an experience, like a marathon, is different than traditional customer satisfaction.

For instance, runners who have a “bucket list” may not come back to that race, regardless of how satisfied they are. Factors indicating a higher likelihood to return included previous running experience and geography—meaning that experienced runners and local runners were more likely to come back, despite that fact that first-time runners reported higher satisfaction levels with the race.

The article, “Run Again Another Day: The Role of Satisfaction on Repeat Marathon Participation,” was the winner in the NASSM’s national student research competition in 2016 and was recently published by the Journal of Sport Management.