When Temple University hired Tina Sloan Green (MEd ’70) to coach women’s lacrosse in 1974, it was making history. She became the first African American to serve as head coach for a women’s lacrosse team at the college level.

But Sloan Green did much more than break the color barrier; in her 18 seasons she went on to coach the team to three championships during the 1980s, as well as two appearances in the NCAA finals and 11 in the Final Four. On top of these accomplishments on the field, she served as professor of Sport and Culture in Temple’s College of Education. 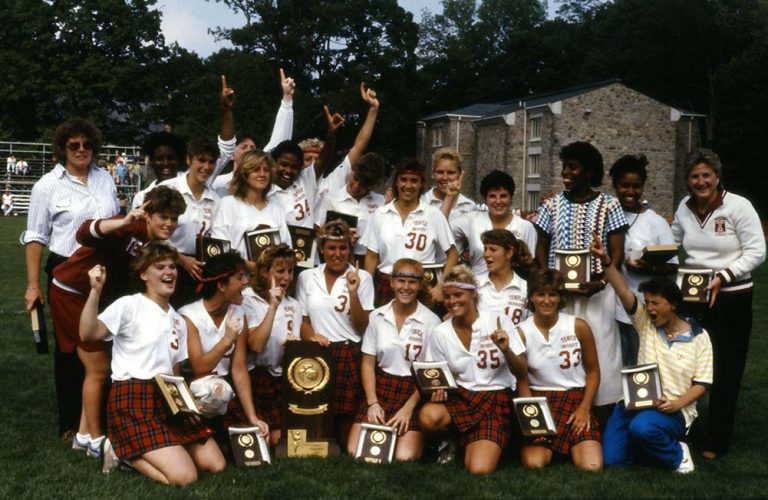 As an athlete, Sloan Green had been the first African American to play for a U.S. National Lacrosse team (1969–73). She and several of her colleagues from Temple also created the nonprofit Black Women in Sport Foundation (BWSF) in the mid-1970s, to create a community and a resource for African American athletes, coaches and administrators. Still very active today, BWSF has served thousands of young people and professionals in Greater Philadelphia and beyond. 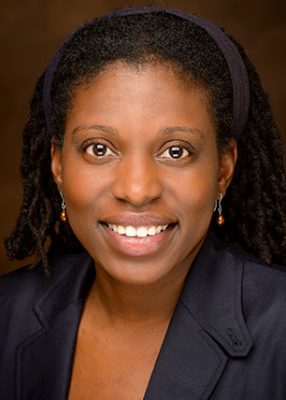 Her daughter, Traci Green (MEd Sport Administration ’04), has charted significant territory as well. Since 2007 Green has been the Sheila Kelly Palandjian Head Coach for Women’s Tennis at Harvard University, where she led the team to an Ivy League title in 2009—making her the school’s first African-American coach to win that title. An elite tennis player and a member of the U.S. junior tennis team, Green attended the University of Florida on a full tennis scholarship and was a member of the NCAA Championship team (1988) and nationally ranked fifth in doubles. While earning her master’s degree at Temple’s School of Sport, Tourism and Hospitality Management (STHM), she coached Temple women’s tennis and was an adjunct professor in the College of Education.

STHM had the chance to speak with both mother and daughter about their experiences as coaches and players, including growing and building careers on the Temple campus.

Tina, what about your experience at Temple were you eager to share with Traci?

Tina Sloan Green: As a child, Traci would hang around campus after school and even listen in the huddle when I was talking to the players on the field. I hope she saw that coaching actually is managing—managing players and also your staff. People have different motivations, so you need good management skills, and sometimes you pick up those skills by watching others.

Traci, what were some of the biggest lessons you took away from your mother growing up as a young athlete, and that you have used later as a coach?

Traci Green: Growing up so close to high-level Division I sports teams, like my mom’s teams, that were performing really well was a blessing. I got to see women play every day. Two of the lessons I learned immediately was the value of hard work and diversity, since she had folks from all walks of life on her team I got to see working hard together. We also have some conceptual things in common when we think about a team as a whole, like improving every day and not settling for mediocrity.

What has it meant to you to play and coach sports that have not traditionally been heavily represented by African Americans?

Tina Sloan Green: Initially I played to have fun, and my intent was not to change the world or integrate the sport. Then when I found myself in this position, I looked around and saw I was setting an example. There’s a lot of pressure that comes with it, and I wanted to make sure that people of color were coming up behind me. As I look back, I can see I was meant to be in this role, and I’m glad for the opportunity to make a contribution.

Traci Green: Like my mom, when I first started playing and coaching, it was because it was fun. That’s why you do it. I didn’t think about breaking barriers. But over time I do see an impact and find it very rewarding—especially affecting young people on a daily basis.

How did the master’s degree you earned at Temple support you in your career?

Tina Sloan Green: My master’s degree gave me an entree into an academic profession. When I won my first NCAA championship, the university asked me what I wanted, and I said I wanted to be a full professor. This is rare without a doctoral degree, but they said since I had done something extraordinary, they would go along with it. If I hadn’t had that degree I wouldn’t have been in the position to ask for that. Having tenure and a master’s degree often gave me a voice as well as the opportunity to meet all kinds of people—those I did and didn’t agree with. They all influenced my way of thinking.

Traci Green: I grew up idolizing Temple as a university, and as a sports fan. It was great to get back to Philadelphia and watch it grow over the years. I feel fortunate to have come back and earned my master’s degree there. My years in the sports administration program had so many interesting and bright folks, and it was fun to learn from others and get hands-on experience. I feel blessed to have had that opportunity, and I use everything today that I learned there. Dr. G. Anthony Grant, who was in my class, was recently named the new Athletic Director at MIT. So the sky truly is the limit on what you can do with a Temple degree and the connections you make.

What are some of the biggest differences in sport and coaching between the generations that divide you?

Tina Sloan Green: Most of the changes have been for the better. When I was hired at Temple, I coached three sports: lacrosse, field hockey, and badminton. Now people expect you to coach one sport all year round. One sport all year is tough on the coaches and tough on the athletes. Unless you’re in Division III, it’s difficult to be on the academic side as well as the coaching side. Also, when I started there weren’t any scholarships. In my second year of coaching, our first women’s lacrosse scholarship was split between two athletes, and ultimately these scholarships made college possible for a lot of athletes whose parents could not have afforded to send them. Even half a scholarship to Temple back then was a big help.

Traci Green: Kids today are much more inquisitive and they know a lot more about their sport because they have had so many coaches their entire lives. They have typically only played one or two sports. With sports being much more specialized, you really have to be creative each and every season as a coach. You might have fewer roles than in the past, but might be responsible for larger duties, such as fundraising.

What needs to happen to continue to break barriers in sport, in terms of gender as well as racial/ethnic diversity and inclusion?

Tina Sloan Green: We started the BWSF because several of us would go to coaches’ events and would never see anyone who looked like us. I had thought by this time—40 years later—we would not need the foundation anymore, because of Title IX. But we are finding that, more than ever, the foundation’s work is important to help young people to have role models—not only for black females but for white females as well.

Traci Green: On a personal level I do my best to do my part and be a mentor for as many folks of color as I can. In a broader sense, I see the role of the university and athletic department as very important. When they make it a major priority to focus on diversity and take a leading role in that process, things go a lot smoother.

What does it mean to you to be a Temple alumna?

Traci Green: I’m super proud to say I went to Temple. Growing up it was my playground and later I was able to coach there and be a part of it that way, and I was able to see characters who were larger than life like [Temple basketball coach] John Chaney. It was inspirational for me to be in that environment, and getting a master’s degree really brought things full circle. I’m so appreciative for the opportunity. Temple holds a very special place in my heart.

Tina Sloan Green: I’m a proud Temple alum, because I was raised in Philadelphia. My parents didn’t go to college, and I had no concept that I would be teaching and coaching at Temple, because it was a major university. As a public university, it goes along with my own philosophy as far as opportunity. Going here was a dream come true. I’m proud because of what it has represented and I’m hoping it will continue to represent: a quality education in a diverse environment.

In honor of women’s history month, enjoy this video about the career of Tina Sloan Green.