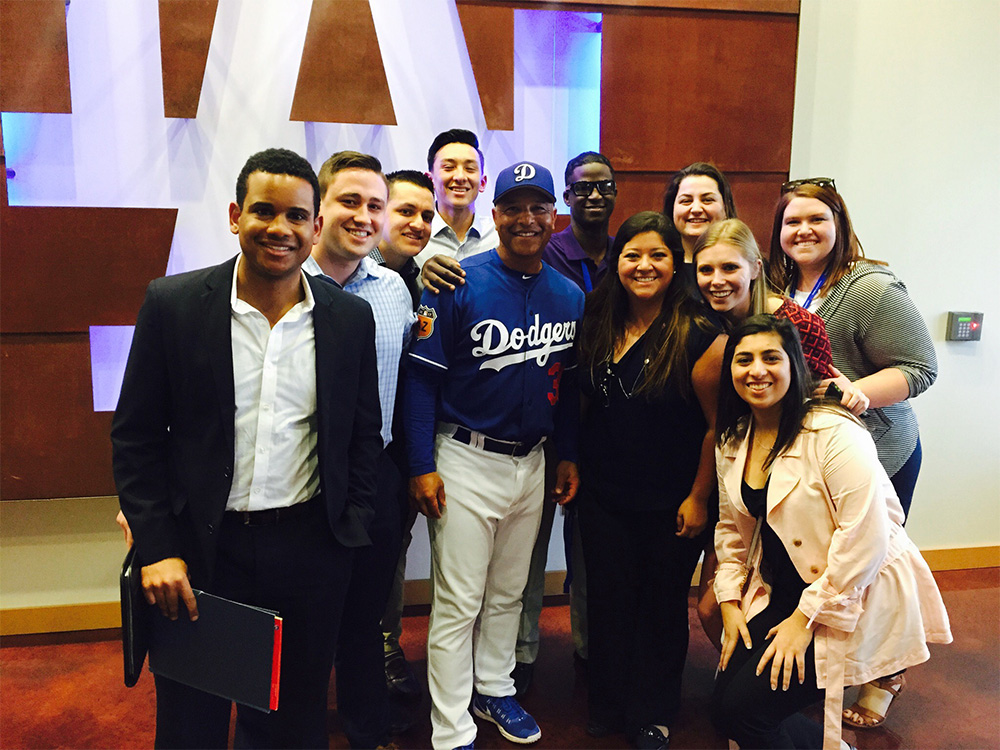 Two undergraduate students from Temple University’s School of Sport, Tourism and Hospitality Management (STHM) stepped up to the plate at a national conference in partnership with Major League Baseball (MLB).

The three-day event, held March 9-11, offers graduate and undergraduate students the opportunity to hear from some of the sport’s leaders – from front-office executives to players and commentators – on how they earned their place in the industry. The conference centers around sabermetrics, or the empirical analysis of the sport through advanced statistics.

MLB selected McDonnell and Singh to participate in the conference, and covered the cost of the conference. STHM also supported the students in financing their travel and lodging arrangements.

The opportunity was too enticing to pass up, McDonnell said, even though it fell at the midpoint of her academic semester.

“It’s an incredible opportunity and a clear demonstration of STHM’s commitment to fostering student industry relations and creating elite experiences,” said McDonnell, a native of Falmouth, Maine. “It was an honor to be recognized in this way and to represent STHM at a national conference.” 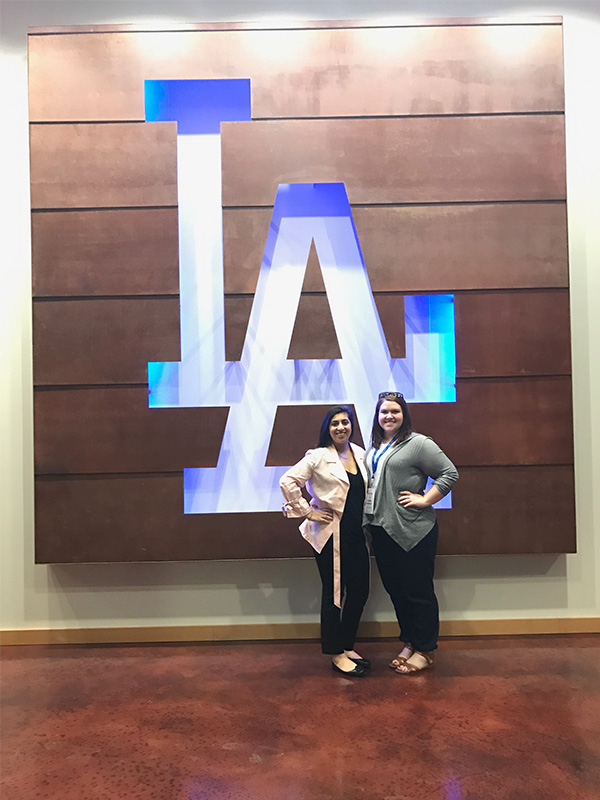 McDonnell and Singh participated in the pilot program of the conference, attending as invited guests of the MLB Front Office & Field Staff Diversity Pipeline Program. Headed by Tyrone Brooks, the program delves into diversity issues, like talent acquisition, in the baseball industry.

“When Tyrone and William (Rolack, MLB’s senior director of workforce strategy, diversity and strategic alliances) reached out to STHM to engage students in the SABR analytics conference, I quickly returned the phone call,” said Andrew Lovell, STHM Senior Associate Director of Industry Relations. “We value the strong partnership we have with the MLB Commissioner’s Office and I knew we could provide quality candidates for the conference.”

Added Singh: “When I first received the phone call from Tyrone that I had been accepted, he made me aware of his office and his work with the Pipeline Program. That call generated a lot of confidence in me, and in my ability to break into this industry.”

The conference welcomed the top minds in baseball to discuss the sport’s growing analytics movement. Bill James, a senior advisor of baseball operations for the Boston Red Sox, delivered a keynote address on using data to ask informed questions. James, a prolific author, is widely viewed as the father of baseball analytics, who has generated popularized statistics like ‘runs created’ and ‘win shares’ being used ahead of traditional measures like home runs and runs batted in to better evaluate player performance.

Other panels featured former big-league players like Hall of Fame pitcher Randy Johnson, executive vice president of the Chicago Cubs Jed Hoyer, and ESPN analyst Jessica Mendoza – one of only a handful of women in baseball asked to participate.

“For me, I was interested in hearing the female speakers,” said McDonnell, who is pursuing degrees in Sport and Recreation Management as well as in Spanish. “It was important for me to understand their paths into the sport and the obstacles they have had to overcome.”

Singh, a native of Walnut Creek, Calif., added that the conference only helped to amplify her passion for baseball and her desire to pursue a career in MLB.

“It was interesting to learn about the work of teams’ front offices, and the components they use to they use to select players through advanced statistical analysis,” said Singh, who also is studying Sport and Recreation Management. “When I first visited Temple, STHM administrators told me about opportunities like this conference. As a freshman, it’s surreal to have had this networking and professional development experience.”