High expectations of Chinese tourists unmet during visit to U.S., according to STHM researcher’s findings 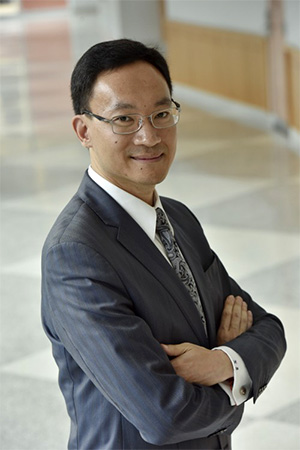 Chinese outbound tourism is a hot market. It’s one that United States tourism and hospitality services have actively sought in the past eight years, luring 2.19 million travelers as of 2014.

For Dr. Xiang (Robert) Li, Professor and Washburn Senior Research Fellow at Temple University’s School of Tourism and Hospitality Management (STHM), decoding how this phenomenon works is at the heart of Li’s China U.S.-Travel Monitor Program, a study of focused on the trends in Chinese outbound tourism.

“This is the biggest game-changer in the tourism and hospitality industry since the 1980s,” Li said, of the study’s discoveries.

Commissioned by the National Tour Association, the study focuses on trends within the rapid growth of Chinese outbound tourism. The ongoing program is conducted annually, and Li’s team recently completed the first year’s work.

China is one of the United States’ most-important inbound markets, ranking No. 2 in spending and No. 6 in arrivals in 2014. Recognizing China as a hotspot for destination marketing, Li and his colleagues conducted the Monitor program in two phases: The first phase surveyed 1,300 citizens in five Chinese cities about market trends, and the second phase compared 500 Chinese visitors’ expectations of their U.S. trips to their actual experiences.

The results of the second phase became what Li called the “gap analysis,” focusing on tourists’ expectations. Eighty-six percent of respondents indicated their travel experiences were as expected or above expectation; however, when pressed for details, nearly the entire sample indicated that their trips didn’t quite meet their pre-departure expectations.

Li attributes a portion of these results to cultural misconceptions.

“They’ve seen Hollywood movies or newspaper stories that have given them a false mental perspective,” Li explained. “This can cause the gap to occur naturally.”

Chinese tourists, primarily visiting iconic U.S. destinations like as Los Angeles, New York, and Hawaii, found the U.S. fulfilled their ideas of democracy, freedom, friendliness, and entertainment, according to Li’s study. But when it came to engaging with Chinese culture, the U.S. didn’t show well, the researchers found. Tourists were disappointed in the Chinese language services, food options, and telecommunications. Free Wi-Fi is prevalent in public spaces in major Asian destinations, but in America, tourists said they were put off by surcharges or dead zones when trying to communicate with family and friends back home. Additionally, they discovered a dearth of Mandarin-speaking services that limited their ability to fully participate in American culture.

“Tourists become uncomfortable when they can’t get Chinese language services,” Li said. “Now, however, (through this study), that expectation is on everyone’s radar.”

One area the tourists rated highly was the opportunity for high-end shopping. On average, respondents spent approximately $3,600 on shopping, with candy, cosmetics, and name-brand clothing and accessories among the most-popular products purchased.

The face of the Chinese tourist is changing, Li explained. Far from needing a group to voyage abroad, more Chinese are coming as families with young children or as independent travelers. The families are eager to expose their children to the U.S. education system, while many independent travelers are exploring self-investment or business opportunities in the states.

For Li, this is an important step in opening up Sino-American relations and allowing both economies to grow as a unit.

Originally from Nanjing, China, Li visits his native country regularly and has maintained the relationships he’s forged in the U.S. and China. He’s eager to use these connections to continue the Monitor program. Recently two Chinese airlines have agreed to lend their support in helping to recruit project respondents, and Li is excited to see how the U.S. destinations and tourism industry will take advantage of his findings.

On the industry side, he points out the unique opportunity for cities to brand themselves. Having the tools to close the gap between expectations and reality for Chinese tourists, Li said, is a major advantage in the tourism industry for both sides.

“The more we learn, the better we can all be,” Li said.