TThe title “best in the world” belongs to a program at Temple University’s School of Sport, Tourism and Hospitality Management (STHM).

STHM’s Event Leadership Executive Certificate program received the 2017 Haas & Wilkerson Gold Pinnacle Award, recognizing it as the world’s best program of its kind. The International Festivals & Events Association (IFEA) unveiled the winners at its 62nd annual convention, held Sept. 14 in Tucson, Ariz. In an unprecedented run of success, this certificate program at STHM has received the Gold Pinnacle Award in five of the last six years, and eight times since 2006.

At the same conference, the Philadelphia Flower Show earned the Best Event in the World award, while Philadelphia received recognition as a Worldwide Festival and Event City for the fourth consecutive year. 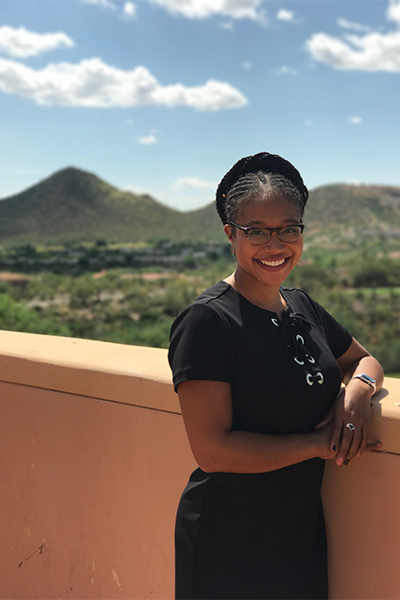 Olivia Gillison recently applied the knowledge she gained in STHM’s certificate program for the betterment of her city.

Philadelphia Mayor Jim Kenney and the Office of Transportation and Infrastructure Systems envisioned bringing a popular open streets concept — the kind that, for one day, permits foot traffic (and prohibits cars) across seven miles of Philadelphia city streets. The problem? The city had never offered a free-streets event like this. And Gillison’s academic background is not rooted in event planning or hospitality.

“I would have been lost without it,” said Gillison, the director of constituent services and social media at Philadelphia’s Office of Special Events. “I chose STHM’s Event Leadership Executive Certificate because it allowed me to earn the qualifications needed to boost my career as an events professional. With the training and background I received from STHM, I have the building blocks to maintain a future here in the events world.”

Plans are under way, Gillison said, for a Philly Free Streets 2017 event slated for Oct. 28.

“Most importantly, our program is delivered by instructors and faculty members who average more than 20 years of industry experience, which helps our students achieve a deeper understanding of the industry,” said Ira Rosen, STHM Assistant Professor and Director of the certificate program. “Next, we do not require any previous college experience, though 90 percent of our enrolled students hold at least a Bachelor’s degree.”

Rosen added that 70 percent of the program’s students are in the event-planning industry, though this is not a prerequisite, either.

“We are catered toward future leaders and aspirant leaders in the events industry,” Rosen said, “and we aim to have them complete the program and applying what they have learned within six to eight months.”

Said Pytel, a 2001 alumnus: “STHM prepared me with the tools, resources, and learning atmosphere to not only set high goals for myself, but to continue to learn and climb higher in my professional life.”

Added Silverman, a 2015 graduate and an event operations specialist with PHS: “STHM gave me the tools to be successful in my career in the event industry. The opportunities STHM offered me have allowed me to pursue my career goals with confidence.”