Home > News & Stories > In the News > Alums of School of Tourism and Hospitality Management connect in Miami, create alumni group

After leaving the nest for “the Cruise Capital of the World,” Justin Wusinich and Jeff Rugg felt as though they had left their Temple University connections more than 1,000 miles behind.

Fortunate enough, for the graduates of the School of Tourism and Hospitality Management (STHM), the Miami tourism industry leaders first crossed paths when they had reached South Beach. 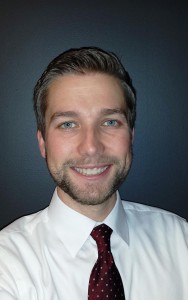 “We met when I worked at the Miami Beach Convention Center,” said Rugg, STHM ’07. “Justin was in convention sales for the Greater Miami Convention Bureau, so we worked together on a variety of meetings, trade shows and conventions.”

With his newfound connection in Miami, Wusinich wanted a way to connect with his fellow Temple Owls. He recently launched the STHM South Florida Alumni Association, a group that has nearly 20 members, including Rugg. The group hosts various networking events, in order to stay active within the Temple community. Dr. Elizabeth Barber, Associate Dean of STHM, could not be happier that alumni are linking up and promoting the spirit of STHM and Temple in Florida.

“I am proud to learn that our students have not only moved into the Miami market, but are thriving there,” said Barber. “Because of the accomplishments of Jeff, Justin and other alums of our School, we are sure to have more and more students following in their footsteps.”

While the STHM alums currently call Miami home, each had a unique journey to the Sunshine State.

Wusinich, STHM ’11 – a tourism and hospitality management major who also minored in business administration at the Fox School of Business – interned with Hyatt Hotels when he was a Temple student. After graduation, he had an opportunity to pursue a corporate management internship program with Hyatt and was able to choose Miami as his first career stop. Wusinich worked in the sales department for one of Hyatt’s hotels for two and a half years before applying for and receiving the position as Corporate Sales Manager for the Greater Miami Convention and Visitors Bureau.

“We are the destination marketing company for Miami, and our main goal is to promote the city as a destination that people desire to travel to,” said Wusinich. “I focus on sales and marketing for the destination and seek corporations, associations, and entertainment production groups, specifically on the West Coast and in New York, to host their meetings, conferences, and events in Miami. I represent all of the attractions, hotels and restaurants and attract people to travel in groups to come here.” 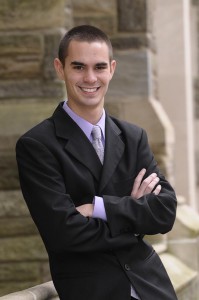 The Greater Miami Convention and Visitors Bureau creates an economic impact on the tourism industry in Miami-Dade County. Miami is a city under construction, Wusinich said, with plans of erecting new tourism amenities for visitors. And as a result, Wusinich said he expects to grow within his company alongside the budding city he now calls home.

“What is fun about Miami and my job right now is that it’s a relatively young city and there is a surplus of restaurants, hotels, and attractions,” Wusinich said. “We are really just becoming a full city with a downtown that’s similar to Philly, and that used to not be the case.”

This booming city is what eventually caught the attention of Rugg, the Director of Sales and Special Events for Live Nation. Rugg, a sport and recreation management major who minored business management at Fox, originally took an internship with the Arena Football League’s Philadelphia Soul as a STHM student. Then he earned a position with Front Row Marketing and, through a contact in business development for Global Spectrum, learned of an open position in South Bend, Ind., at the Century Center Convention Center. A year-and-a-half later, he transferred from South Bend to South Beach, and earned a promotion as Marketing Manager for the Miami Beach Convention Center. While there he was promoted two more times as sales manager and regional marketing director. After nine years with Global Spectrum and Comcast-Spectacor he transitioned into his current role with Live Nation.

“When I started in the industry, my sole focus was on sports,” Rugg said. “When I left Temple, I was given the opportunity to enter the tourism and hospitality side and, once I made the switch, I fell in love with what the industry offers.”

Ultimately, Wusinich and Rugg said they aspire to be their own bosses and take advantage of Miami’s up-and-coming tourism industry.

“I’ve always been potentially interested in owning my own hotel,” said Wusinich. “The reason why I came to Miami is because of the small boutique luxury hotels, the nightlife scene, cuisine, and the international recognition that Miami has, so that always intrigued me to potentially open up a hotel or some type of business that markets the destination.”

“As I continue to grow personally and professionally, my current path is to become a general manager of a venue, whether that’s a theatre, convention center, arena, or hotel,” said Rugg. “That position allows me to combine my passion for sales and marketing with my love for business and growing others; this is definitely where I want to be.”