“It changed my life.” 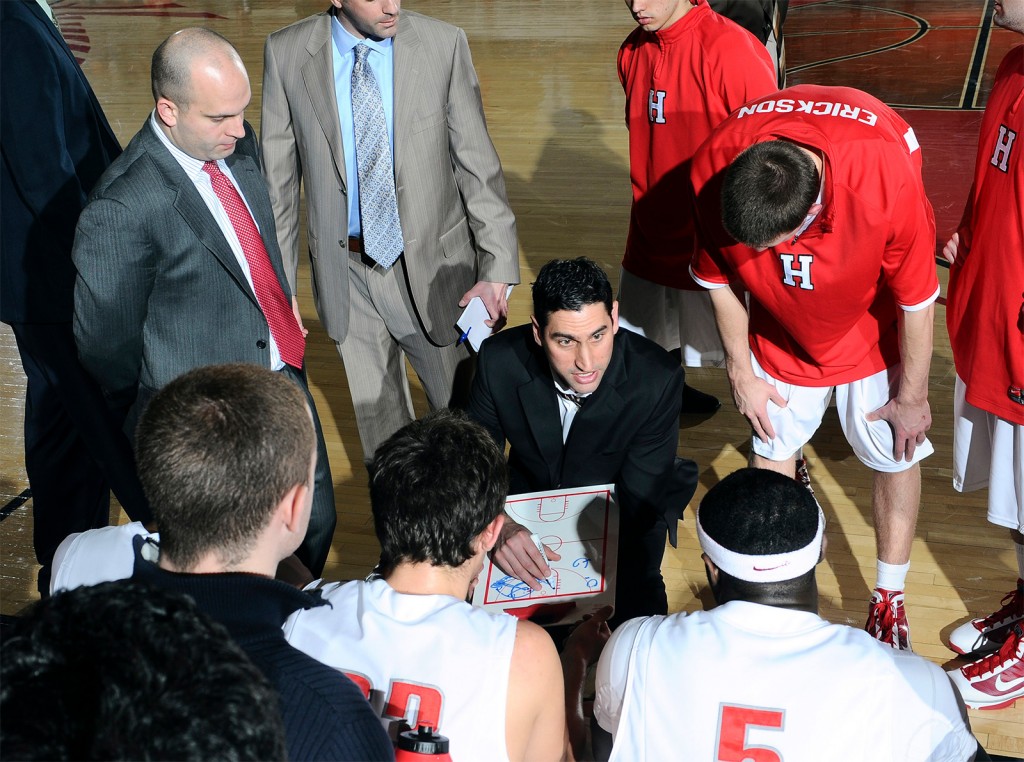 Leibovitz recently added another title to his accolade-loaded resume, when he joined the Southeastern Conference in June as its Associate Commissioner of Men’s Basketball. In his role, Leibovitz ensures ongoing communication related to the sport between SEC headquarters in Birmingham, Ala., and its member institutions. He also develops strategies for enhancing and promoting SEC men’s basketball, prepares the conference’s schedules, and works toward continuous improvement of the sport in the SEC.

“It’s important for someone in this role to have a coaching background,” Leibovitz said. “The conversations with coaches are not always easy and it’s important to be able to appreciate what they do on a daily basis. They have to trust you.”

Basketball has run through his veins since childhood. But if a professional playing career in basketball was not in the cards, Leibovitz knew he’d like to pursue another career path in the sport.

Leibovitz joined the Temple men’s basketball coaching staff under Naismith Hall of Fame coach John Chaney, for whom he served from 1996-2006. While at Temple, he enrolled in STHM’s Master of Education degree program in Sport and Recreation Administration.

“I was very fortunate,” Leibovitz said of working for Chaney. “He saw I had passion, knew I was going to work my tail off, and he took a chance on me. I’m not sure what I would be doing with my life if not for Coach.”

Leibovitz coached during the day and took graduate-level courses at night.

“I would have team practice at 5:30 a.m. and have class until 9 p.m.” Leibovitz said. “It wasn’t easy, but I knew I was going to gain knowledge and perspective on the business side of sports beyond coaching.” 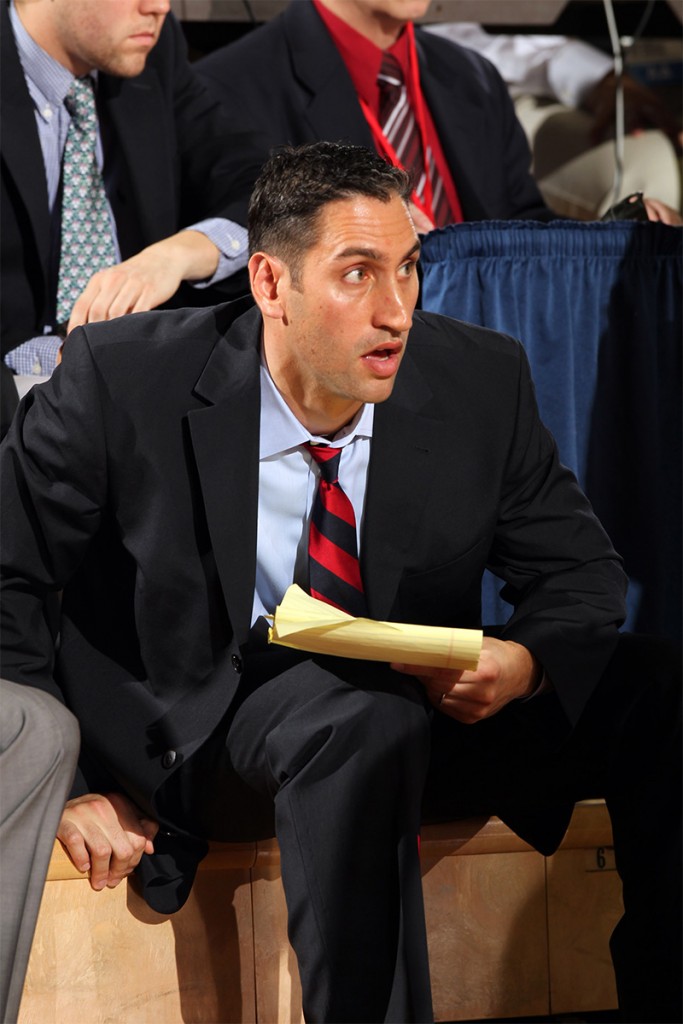 While enrolled in STHM’s program, Leibovitz said he learned from Dr. Michael Jackson the power of networking, a skill he has used at every stage of his career. After introducing himself to his students, Jackson walked out of the room. When he returned 15 minutes later, he asked students what they had learned about each other. Dissatisfied with the level of dialogue that had taken place during his absence, Jackson told the class that it had missed a valuable opportunity to network with people who would eventually hold clout in their industries of choice.

“I will always remember that lesson,” Leibovitz said. “We learned beyond the textbook, learned from each other, and learned how to work together.”

“Dan understood the value of cohesion and how an organization works as a whole, and he went after his goals with aggression,” said Jackson, a Professor of Sport and Recreation Management at STHM. “I admire him and am so proud of what he has done.”

Jackson mentioned an anecdote when describing Leibovitz’s understanding of cohesion. He shared that Leibovitz often will call Jackson when he’s searching for a recent graduate capable of filling a professional vacancy.

“Dan knows he has his hands clasped with and on people here,” Jackson said.

The education Temple afforded Leibovitz extended beyond the classroom. While working as an assistant men’s basketball coach, Leibovitz said he witnessed how Chaney “created unbelievably well-defined roles,” and fostered a culture of respect among his staff. During Lebovitz’s time at Temple, the team made five NCAA Tournament appearances and twice advanced to the Elite Eight.

Upon Chaney’s retirement in 2006, Leibovitz had an opportunity to stay on with Chaney’s successor Fran Dunphy, whom Leibovitz had known since his high school days. (Leibovitz eventually accepted the head-coaching position at the University of Hartford, where he served for four seasons.) Although the two never worked on the same staff, Dunphy gave Leibovitz credit for easing the transition to Temple.

“I was in Philly, but I was new to Temple,” Dunphy said. “Dan gave me the lay of the
land and told me what was really going on.

He explained what I would face as I replaced Coach Chaney. Dan is so well respected, always professional, first class, and solid in everything he does in life.” 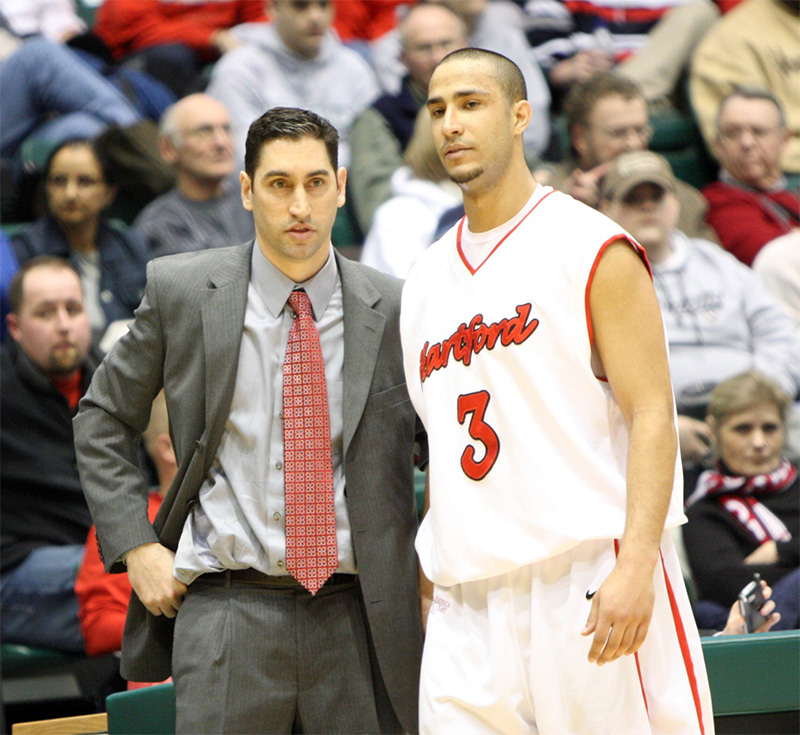 At Hartford, Leibovitz led the team to a single-season record 18 wins and its only America East Conference championship game appearance, both in 2007-08. He returned to Philadelphia in 2010 to act as assistant coach at Penn under Jerome Allen, his lifelong friend and former teammate. He coached with the Quakers for two seasons before accepting a position as an assistant coach with the NBA’s Charlotte Bobcats.

“The NBA was a whole new challenge for me. It is a completely different game and a new coach-player dynamic,” he said.

Three moves in six years left Leibovitz wondering about other professional opportunities where he could best utilize his STHM education in Sport and Recreation Administration. Following the 2012-13 NBA season, Leibovitz aligned the American Athletic Conference as its Associate Commissioner for two seasons, before moving into his current role with the SEC.

Leibovitz, his wife and their three children reside in Mountain Brook, Ala. It’s quite a distance from his roots at Temple and his hometown of Philadelphia, but it’s exactly where Leibovitz wants to be.

“I love the challenge of my job,” Leibovitz said, “and being a part of a tremendous organization steeped in tradition and excellence.”