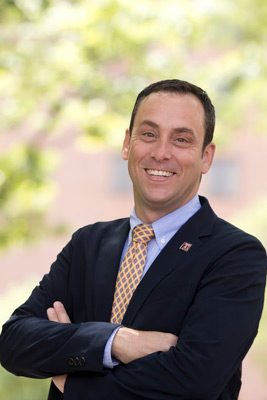 Michael F. Sheridan joined the full-time faculty in 2013 after serving as an adjunct professor in 2012, when he taught undergraduate and graduate students about management, sales, development and other areas of tourism and hospitality.

Michael’s industry experience includes, most recently, serving as director of revenue management for Sofitel Philadelphia, where he was responsible for maximizing revenue for the luxury, four-star hotel through revenue management, inventory control, market-segment pricing, statistical analysis and demand-stimulating initiatives.

From 2005 to 2011, Michael was hotel program director for the Greater Philadelphia Tourism Marketing Corporation (GPTMC), which is now known as Visit Philadelphia. During his tenure, he served as a liaison between Philadelphia’s tourism-marketing office and the more than 100 hotels in Philadelphia and the suburbs. He also presided over GPTMC’s most successful hotel package, the Philly Overnight Hotel Package, generating more than $21 million in room revenue. Michael also held a variety of positions, including general manager, at Montego Bay Ocean Front Resort/Surf Strong Resort in North Wildwood, N.J.